Why are the friends/family of a 14 yr girl arrested + facing 17 yrs 4 sexting her boyfriend not attacking cops?

Why are students and teens not rioting to free this girl and attacking those abusing her.

No all she did was post nude photos of herself on her myspace page as a treat for her boyfriend.

And prosecuters are trying to do the same to other teens.

Now what on earth has that got to do with taking phonts of yourself to send to a loved one so they want to come over and give you lots of snuggles?

Not exactly something needing protection against.

Sorry confused can somone explain that one to me?

The only issue I see with sexting or sex emailing etc is if others get the photos (POSS BY A PARTNER IN REVENGE FOR GETTING DUMPED)they might be mean and send them around the school or when older someone may blackmail you to hurt a career... But why cower why not say

'yeah they are me so what they were a treat for a boyfriend as we had a decent love life probably far better then your sad pathetic one get a life saddo. Incidently you do realise all females have those bits including yo mumma'

So given that she did nothing immoral other then trying to turn on her boyfriend, why are her mates not forcing her release by attacking the police, prosectuters and jailers ?

Till they release and apologise ?

WHY NOT INSTEAD ARREST ANYONE WITH SEXAULLY REPRESSIVE, SEXIST, HOMOPHOBIC AND TALIBAN LIKE ATTITUDES FOR BEING AN ABUSIVE DANGER TO YOUNG GIRLS.?

What next stoning to death for kissing? like what the kurdish yazidi di to this girl as this is what those prosecuters support 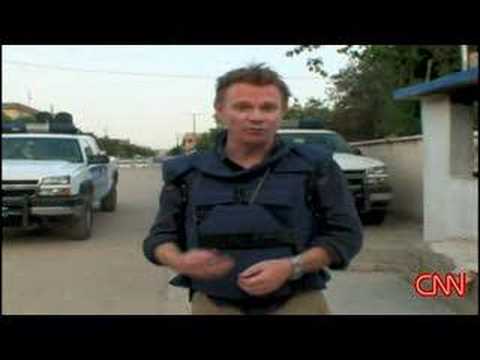 MORE TEENAGERS BEING EXECUTED FOR MAKING LOVE OR RESISTING RAPE

TEENAGE GIRL TO BE HUNG IN IRAN FOR DEFENDING HERSELF AGAINST RAPE. AND ANOTHER FOR SEX

16 YEAR OLD HUNG FOR HAVING SEX.

This could be you or your friends or sister

Perfect I dont think you get the point that the only haunting or harm that is going to hurt her is being arrested and being handed over to sex offenders in prision.

As said if the law is there to protect what sense is there in applying it insanely for waht is basically dateing behavour between your average couple and 14 is no child but fully capable of having sex and having babies.

This is the girls first relationship, her first love maybe... so dont you think that if nothing had been done and the couple left to it that nothing bad would have occured whereas now the poor girl is giing to have relationship issues for life if released and if not... why stick her in prision for 17 years when your averave gang member who knifes somone is out in 3 weeks?

Rapists have used the excuse that the victim was asking for it by the clothes that they wore or the way that they acted, so by stopping people from posting inappropriate pictures online might help her own safety.

Erm***** you aint checked the facts as at present shes no danger... what do you think weill happen when her jail cell mates are a rapist, peado and child murdering pyschopath... you dont think she will be in more danger then? when locked in with them?

As said why are her friends not rioting for her freedom?

Rapists have used the excuse that the victim was asking for it by the clothes that they wore or the way that they acted, so by stopping people from posting inappropriate pictures online might help her own safety.

Erm***** you aint checked the facts as at present shes no danger... what do you think weill happen when her jail cell mates are a rapist, peado and child murdering pyschopath... you dont think she will be in more danger then? when locked in with them?

As said why are her friends not rioting for her freedom?

Why is it illegal to send love photos to your boyfriend even if 14?

Underage or not Whats the difference between that and wearing a pushup bra and sexy dress so your boyfriend wnats to kiss you and to remind him not to check other girls.

As said where is the victem? its only the authourities victemising anyone

Same like with the High school Musical stars... they did the same thing.

If nobody made a fuss about it what would the problem be?

And not peadophils when the person who got sent the photos was also her age.

********************When will people wake up to the fact teengers are NOT children, they date, develop sexaully, make love and grow up and its part of growing up and a parent and grown ups job is to see this happens safely and successfully.

Is it not insane that others are having sex and they get arrested when may still be virgins?

Comming up with a funny and naughty idea to shock her boyfriend in a jokey manner.

Also please respond to the teacher question in my profile

Let's look at it from a slightly different viewpoint. Suppose, for a moment, that she had persuaded (goodness know how, but nonetheless) an adult to take the pictures on her behalf. Surely you would agree that that person should be prosecuted?

As said common sense comes into all things when judging if something is abusive or not.

What happens if the photos were part of a biology text book showing various development stages during puberty?

How about showing the difference between a healthy 14 year old and one with annorexia with the intention of preventing eating disorders?

In this case it was simply her having fun trying to wind up her boyfriend.

So what if the boyfriend was 18 who received them does that make it abusive no... 14 and 18 year old do date and often the younger girls will pull stunts like that and the poor 18 year old will be worried about getting into trouble whilst miss 14 year old is simply pushing boundaries

IE FORCE, DRUGGING, BLACKMAIL, SOMEONE WITH A HISTORY OF MANIPULATION AND PIMPING. SOMONE WHO THEN USES THE PHOTOS TO BLACKMAIL.

Lets use the what if it was my sister sinario.

Would I be worried if sis and boyfeiend where sexting each other age 14?

NO Maybe tell them to tone it down and point out what if you break up and he shows the photos to others.

They are just being a couple.

Would I have a problem if somoen got sis drunk then took the phtos then was using them to blackmail her into maybe having sex or handing over money?

YES then the guy is dead man walking.

Ie there is a difference between lovey dovey stuff and nasty stuff.

I hate to say it, but there is every possibility that any judge she might come before will be inclined to be much more severe in his judgement, purely because of the huge amount of interest that this case seems to have gained. She might be better of if questions like this were not asked.

I have a better response... maybe the judge will get death threats if he does not free her and force an apology and sacking of those who caused her all the grief.

Better still maybe the cops who arrested her get their homes firbombed and a local gang think hey foronce instead of using our guns for stupid stuff like mugging and stupid gang warefare how about we stop her prision van, kill the scumbags trasporting her, free her and put the word out anyone try and arrested her gets shot. or anyone else pulling stunts like that?

ie start a war over this

your being overly dramatic.

what she did was a crime.

so she's 14..does that mean the law doesn't abide to her?

noo she has to obey the law just like everyone else..

if she got away with this..do you know how many other girls would start posting nudes of themself on myspace..

it has to stop somewhere.

Your argument is as insane as saying if you wear a red jumper you can be stoned to death...

Or how about if you leave the house without the permission of your husband, father or brother you can be stoned to death, If your beard is not long enough to grab in a fist you can be flogged with wires. How about if you have nail varnish you get your finger nails ripped out

& what about if female and you go to school you can be executed.?

Those are actual taliban laws and punishments are carried out. laws law as you say

As long as settings are private and they are meant for boyfriends then whats the problem?

Teengers are growing into adults and couples do things like this as part of forming relationships. As long as its a loving thing I see no problem.

its when people use the photos in an abusive way I have a problem...

But simply showing off photos of your ex as she dumped you is not peadophilic.

Its being a jerk thats all. 40 year olds buying them and clear adults making teens pose then thats different

You are, simply, missing every single one of my points, but that's perfectly fine.

Im not... you are hoping this will turn out nice but evangelicals are in charge here and they are nastily sexaully repressive.

Abuse comes donwn to a very simply consept... its called being a mean bully and making someone cry

So when it all boils down to this simple consept... who is making the girl cry?

her loving boyfriend or the people trying to destroy her life and first love.

I know it was the yazidi who did the stoning. The point was in isolation instances like this case are no big deal but when you compare to other acts of puritanisim then it paints a different pritucre of controlling teen girls.

I also have plots on christins... look up the irish magdelen laundries were 30,000 girls with the full support of the vatican andall of ireland 30,000 teen girls were imprisioned and abuised for life up till 1996

The documentary about the Magdalene abuse Can be seen here

The actual document from the current pope, supported by the previous pope instructing bishops and priests to cover up child abuse so it continued. Not highlighted areas.

How the church tries to FORCE 8 YEAR OLD RAPE VICTEMS TO GIVE BIRTH DESTROYING THEIR LIVES CARING NOTHING FOR CHILDREN ESPECAILLY FEMALES.

The law was tested to the full earlier this year when an eight-year-old girl, known only as Rosa, was raped and became pregnant.

Why show this? it shows who the real abusers are. which is puritans

And islam does sentence teengers to stoning

EXECUTING 13 YEAR OLDS GIRLS FOR HAVING SEX… DEATH BY STONING THE MOST VIOLENT, AGONISING AND SCARY WAY… SEE VIDEO AFTER LINK

16 YEAR OLD HUNG FOR HAVING SEX.

Those are in iran.

IE THE REAL ABUSERS ARE THE SEXUAL REPRESSERS WHO ARE ALSO REPRESSING THIS GIRL AND OTHERS AS THEY DONT LIKE HERE DATING AND JUST WANT HER MARRIED AND MAKING BABIES.

And who cares about the fact shes 18

SO NOT JUST THOSE UNDER 18... INDICATING THIS HAS NOTHING TO DO WITH CHILD ABUSE BUT HATE OF SEXUALITY.

Laws like megans law are incorrect if cant discriminate between abuse and normal relationship activity.

Therefore the law becoming the abuser.