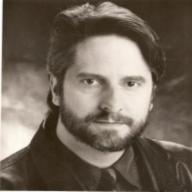 Philosopher, Empiricist, Poet, Engineer, Optimist, Darwinist, Truthseeker. Hobbes not Locke Socrates not Plato Rand not Marx Darwin not Disney 5 Enlightenments: *The only absolute certainty is the possibility of error. *Change is both inevitable and logical. *The simplest complete explanation is most likely true. *Life is an energy machine that replicates. Nature is the competition between these machines. *All aspects of life develop through Random/Directed Change & Natural/Directed Selection. I.e. Darwinism Some Observations: Everything is energy. Perfection is an attitude not an attribute. Love is considering the self interest of another as your own. Almost everything is relative. Utopian Philosophers seek Truth - the rest of us seek victory. Favorite Quotes: I swear by my life and my love of it that I will never live for the sake of another man, nor ask another man to live for mine. ~Ayn Rand~ Living well is the best revenge. ~George Herbert~