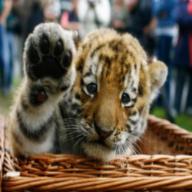 Hello Suzy I see you are at it again! You told me you had a family to look after. I will make your life a bit easier if you wish to chase me around these boards. Sometimes I post on Pets (though I know little about the arachna family or horses); the PC boards; occasionally News. I have nothing against you, Suzy, at all. I have read some of your posts and think they are valuable. I did not hack your a/c last time - not sure what happened there. If I have offended you or anything like that, I apologise. Take care Fran