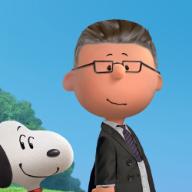 I always do what my Rice Krispies tell me to. ") Though I may be an old dog who knows a few tricks, I'm also a proud father of five beautiful girls and a proud grand pa to another girl. Ugh! Gaud help all the other girls if I ever get a grand son. We'll go fishin', flyin', sailin', ALL the stuff a grand pa would do with his little boy. Can't wait to teach him my wisdom.