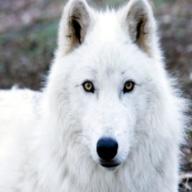 I love animals; I have endless favorites including horses, wolves, warrahs, types of snakes and dogs, and so many others, but those are just the simple ones to list.