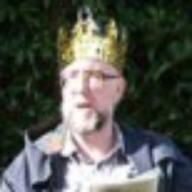 Born a kontented Kiwi a year after Britain declared war on Hitler's Germany. Very interested in GSDs - their history, breeding & rearing, genetics. Have served as a club training instructor and been on the committees of it, an all-breeds show club, 3 GSD clubs, and the GSD Advisory Council.