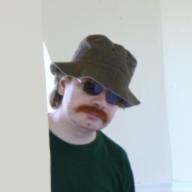 Working as a software developer; trying to get paid for writing novels. Visit my little corner of the web at http://www.pembers.net . I am the author of The Barefoot Healer young adult fantasy series. You can read the first few chapters of each for free on my website, and buy them from Amazon, smashwords.com or lulu.com. I also have a science fiction novel, Escape Velocity, on sale. Watch a trailer for it at http://www.youtube.com/watch?v=nRlrv7_uVps See what I'm up to on Wattpad - http://www.wattpad.com/user/StevenJPemberton I'm willing to give you a free electronic copy of any of my books if you agree to write an honest review of it and post it to at least two sites. Contact me through my Yahoo! profile, saying which book(s) you'd like and which format you'd like them in. I can supply .mobi (Kindle), .epub (most other ereaders) and PDF.