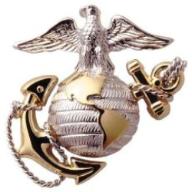 I am 70 years old. I have retired from the Marine Corps and have owned operated several businesses from a commercial fishing boat to a dry cleaning business. I have also retired from a career as a computer systems programmer/analyst. I am currently a freelance writer writing advertising copy and I am an instructor at www.creativewritinginstitute.com. My hobbies are golf, woodcarving, and playing my 5-string banjo. Life is good if you stay involved and have the right attitude.