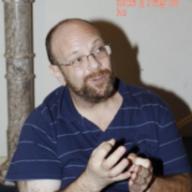 IS= the cold 3rd singular of the intense live verb,to feel. not to completely feel = thinking,the warm principle. incomplete thinking=Belief,the box in which god and all other nouns are kept. --e.e. cummings I'm late-forties, certain, confused, passionate, shy, and an extreme moderate. "This is the sum of Dharma [duty]: Do naught unto others which would cause you pain if done to you". Mahabharata, 5:1517 Folks who try to e-mail me, the Yamster, for some reason, doesn't let me get e-mails. I've tried asking about it in the yahoo section. I've tried different accounts. But nada. On the one hand, I don't get interesting further questions or comments, and I don't get requests to become a contact. But on the other hand, I don't get hate e-mail or violation notices. Anyway, if I don't respond to an e-mail, I'm not being rude. I just didn't get it.